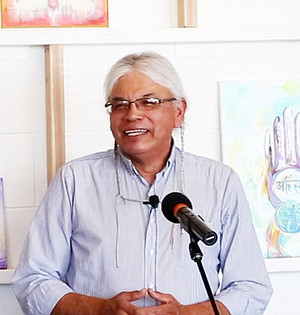 Mentz is a cultural resource expert with the Standing Rock Sioux Tribe. He was the first Tribal historic preservation officer in the nation, and continues to be an amazing source of information about cultural sites for his Tribe.  Mentz has always focused on the structural nature of problems; he takes the time to understand every aspect of law and policy as it impacts the Oceti Sakowin, and working positively with other tribal elders, his efforts have succeeding in amending Congressional law and policy to benefit tribes. 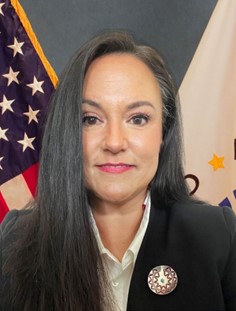 Jeannie Hovland (Flandreau Santee Sioux) is the Vice-Chair & Director of the Office of Self-Regulation of the National Indian Gaming Commission (NIGC). As such, she is responsible for regulating and ensuring the integrity of the more than 524 Indian gaming facilities, associated with over 248 tribes across 29 states. Hovland began her three-year term at the agency on January 17, 2021, after being appointed by the Secretary of the Interior.

Hovland chaired the HHS Secretary’s Intradepartmental Council on Native American Affairs (ICNAA), serving as an advisor to the Secretary, addressing issues of importance to tribal communities through partnerships with all of HHS departments. Hovland helped bring national awareness to the crisis of Missing and Murdered Native American’s through her role on the ICNAA as well as through her participation on the Presidential Taskforce, Operation Lady Justice. 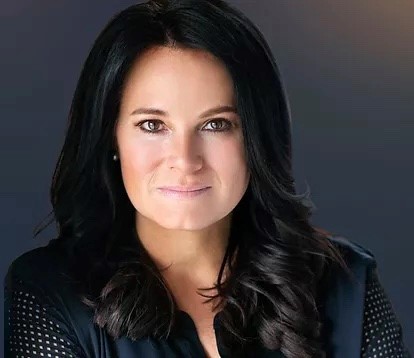 Director of the Office of Tribal Relations

In January 2021 Heather Dawn Thompson was appointed Director of the Office of Tribal Relations (OTR) reporting to the Secretary of Agriculture. Thompson is a member of the Cheyenne River Sioux Tribe, a Harvard Law School graduate, and an expert in American Indian law, tribal sovereignty, and rural tribal economic development. With Thompson in place, USDA will return OTR directly under the Secretary, restoring the office’s important government-to-government role.

Most recently, Thompson served a member of the American Indian Law Practice Group at Greenberg Traurig, where she worked on federal Indian law and Tribal agriculture. Thompson has a long record of public service, beginning as a Presidential Management Fellow at the Department of Justice. Since then, Thompson has served as a law clerk with the Attorney General’s Office for the Cheyenne River Sioux Tribe, as Counsel and Policy Advisor to the U.S. Senate’s Democratic Policy Committee, and as an Assistant U.S. Attorney for South Dakota’s Indian Country Section, where she prosecuted cases involving violence against women and children.

In the private sector, Thompson was previously a partner at Dentons, where she was one of only a handful of Native American partners at an “AmLaw 100” law firm. In addition, she has served as the Director of Government Affairs for the National Congress of American Indians, President of the South Dakota Indian Country Bar Association, and President of the National Native American Bar Association. Thompson holds a Juris Doctor cum laude from Harvard Law School, as well as a master’s degree in public policy from the University of Florida, and a bachelor’s degree in International Studies from Carnegie Mellon University.

​Heather is nationally recognized for her expertise in tribal owned businesses and the legal, tax, financial, and structuring benefits of conducting business with Tribal governments and Tribal corporations. She is a national leader in tribal economic development and received the prestigious Bush Fellowship to focus on Tribal Finance, sustainable enterprises, and Native American food sovereignty.