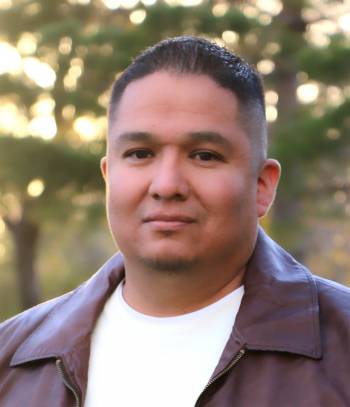 Whitney Rencountre II, is Hunkpati Dakota from the Crow Creek Sioux Tribe. Whitney was named one of 605 Magazine’s Young Leaders of 2017. Whitney is the Vice President of Visit Rapid City and is set to become the first Native American to be the Chairman of Visit Rapid City in December 2018. Whitney is also on the Executive Committee for the South Dakota Humanities Council. Whitney is on the Board of Directors for the Club for Boys in Rapid City. Whitney is also a spokesperson for Mniluzahan Okolakiciyapi Ambassadors working to improve race-relations in Rapid City. Whitney is a graduate of Black Hills State University. Whitney taught Indian Studies at Marty High School from 2007-2009. For the last 8 years, has been the Director of the Ateyapi Program, a culturally based mentoring program working with over 1,000 students each year in the Rapid City Area School District. Whitney is the CEO of his own graphic arts company, WITTGRAPHICS. Whitney is a life-long singer and promoter of traditional Lakota/Dakota song & dance. Whitney’s outlook is to share his culture with others with the goal of creating understanding and fostering positive change in our schools and communities.

As a presenter and performer, Whitney has served as Black Hills Powwow Emcee for 3 years and also Black Youth Day Symposium Emcee for 9 years. Whitney served as a presenter & emcee for the South Dakota Indian Education Conference for 12 years. Whitney also has presented from 2007-2013 at Black Hills State University for American Indian Awareness Week and Annual Scholarship GALA. Whitney has served as Indio California Powwow Emcee for 2 years. In December 2008, Whitney performed in Italy, Switzerland and South American as a singer and dancer. Whitney also has presented at several school assemblies and graduations.